REV’IT! is MotoAmerica’s New Title Sponsor In the Twins Cup 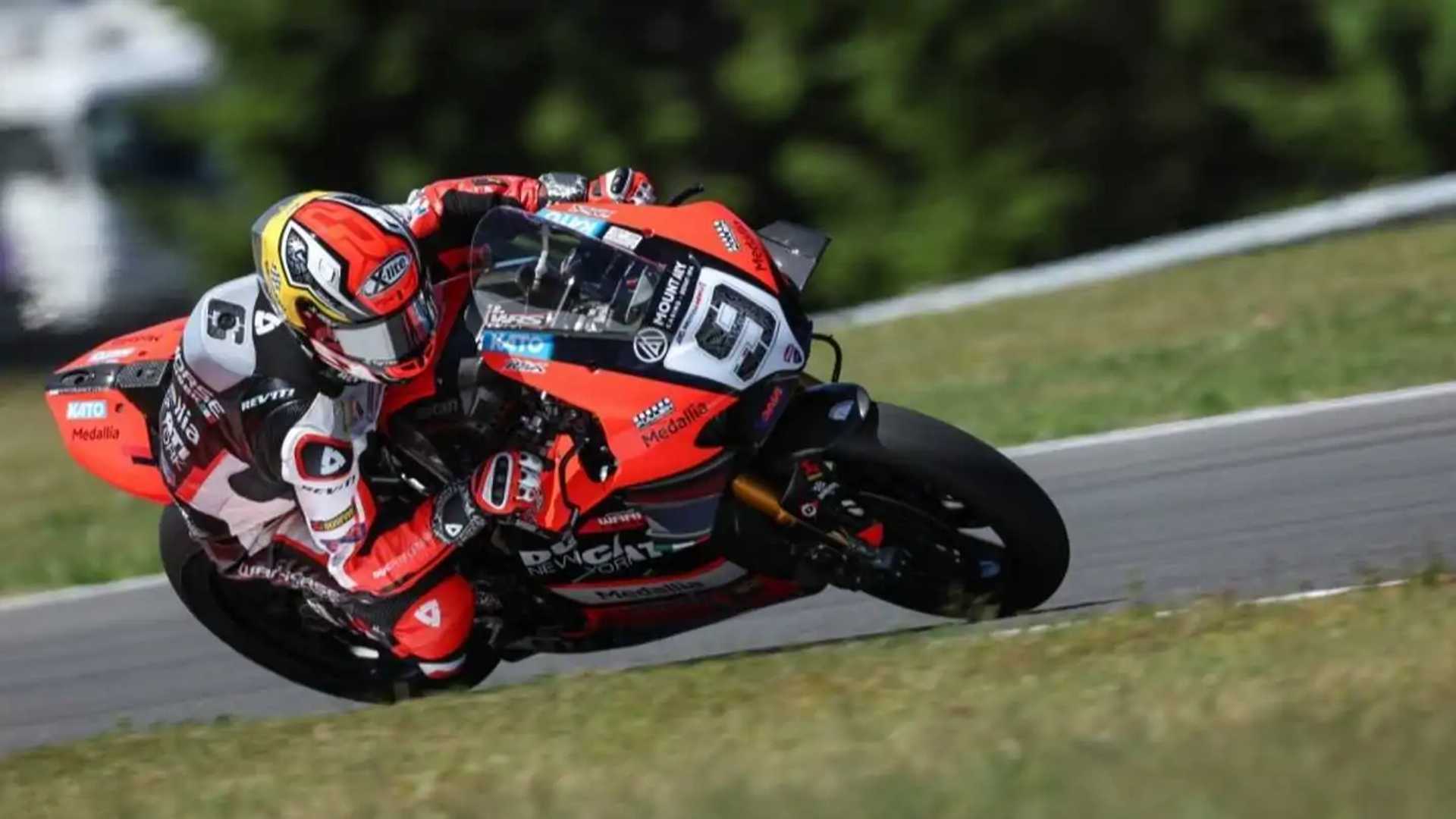 MotoAmerica’s acquired a brand new title sponsor for the 2023 Twins Cup, and that sponsor is a model from the Netherlands, REV’IT!. The MotoAmerica Twins Cup will embrace the model in its title and shall be renamed the REV’IT! Twins Cup following the sponsorship deal.

The technical motorbike attire model has been within the enterprise since 1995, and after greater than 25 years within the trade, it has gained a status for being probably the greatest gear manufacturers on the market. From on a regular basis using jackets to gloves, pants, and extra, the model seeks to enhance the requirements for security and encourage motorcyclists all over the place to get out and trip.

In the fourth spherical of the collection, which was held at Road America, PJ Jacobsen and Danilo Petrucci delivered stellar performances with each riders getting a podium end. Both of them are REV’IT! riders. Following that, fan-favorite, Larry Pegram, made his REV’IT debut again on the Elkhart Lake, ending fifth.

REV’IT! is constructing on a robust basis thanks partially to its roster of riders. The Dutch model will proceed to additional its energy by increasing its involvement within the collection which incorporates this title sponsorship with MotoAmerica.

“Twins Cup is a popular and growing class, averaging more than 40 entries per event,” stated Lance Bryson, MotoAmerica’s Director of Sponsorship. “This partnership will provide an opportunity for REV’IT! to further expand its footprint in the MotoAmerica paddock and continue to develop products aimed directly at the talented men and women who are inspired to showcase their riding skills on the racetrack. When you have the talents of Petrucci and Jacobsen leading your R&D, you know their input comes from world-class racing experience.”