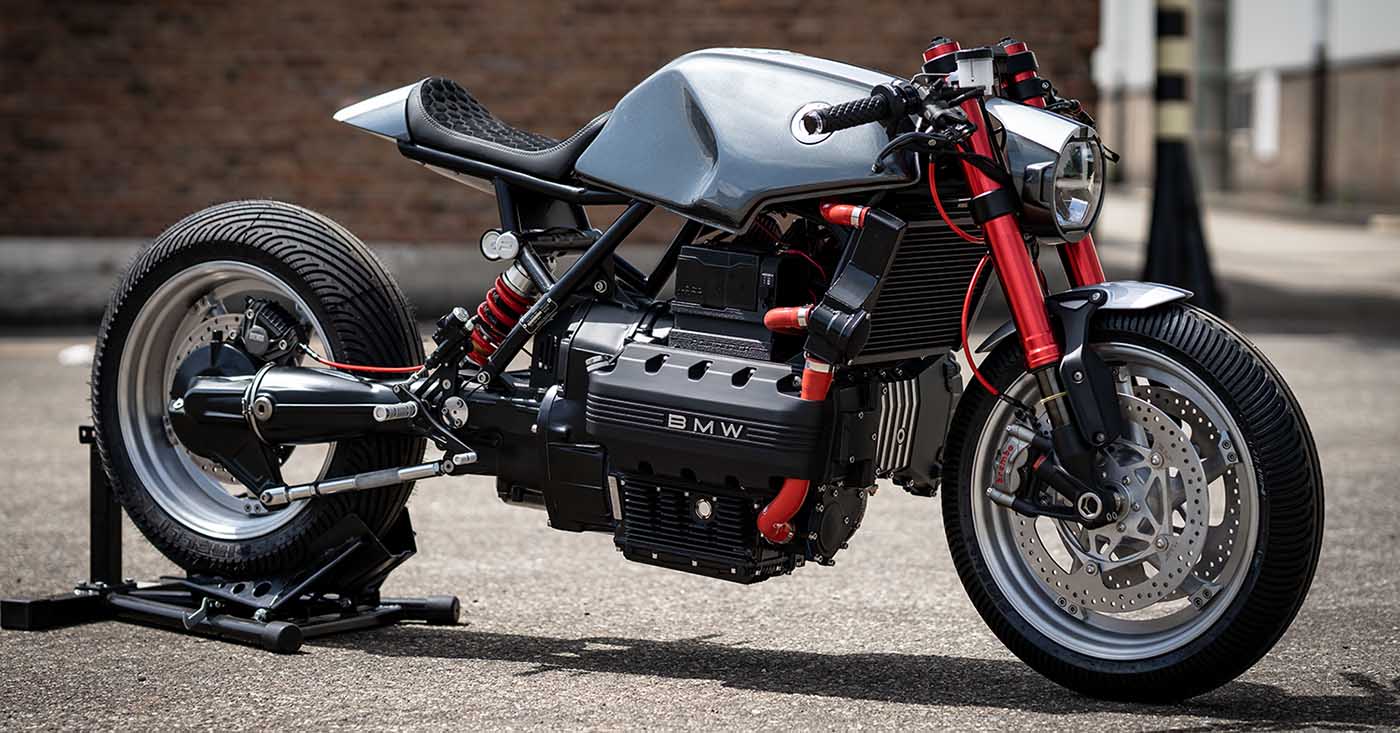 In the mid 90s, the K1100 RS sat on the prime of the BMW vary. It was the game tourer par excellence, at residence on the autobahns and interstates. A completely-loaded RS can be nudging 600 kilos on the scales, however that mattered lower than its potential to cruise at triple-digit speeds all day lengthy.

Fast ahead thirty years, and there are significantly better machines than the Reisesport (journey sport) for lengthy haul mile-munching. But the K1100 has good bones, and the inline 4 engine, laid over on its facet, has each torque and energy to spare. Which makes it a superb selection for a customized bike, particularly if the heavy fairing is beginning to present battle scars.

This spectacular café racer is among the sharpest K1100 builds we’ve seen, and means that the platform is coming of age within the customized scene.

The man behind the machine is Tim Somers—the founding father of the Dutch BMW components specialist Powerbrick. Tim made his debut on these pages final week, after we featured the R9T he constructed along with his compatriot Arjan van den Boom.

This solo effort may be very completely different to Cloud 9, however simply as interesting, with stripped-down visuals matched to intelligent engineering. Tim’s background is industrial design, and he’s gone to city on this K1100—utilizing CNC machining for the aluminum and stainless-steel components, and 3D printing for the entrance and rear bodywork.

“The visual lines were my main focus,” he tells us. “I wanted to build a bike that made sense from every direction, with the main line being the top curve—running from the front of the headlight over the tank to the rear cowl.”

“It makes the bike ‘low’ and gives it an aggressive stance.” That stance is accentuated by the swingarm, which has been prolonged by 15 mm (about 5/8”) regardless of the complexity of the Paralever design.

The swingarm is attached to a YSS G-Racing monoshock, which has adjustable hi-low pace compression in addition to the standard vary of knobs to twiddle. It’s flanked by Powerbrick’s personal rearsets, milled from aluminum.

The entrance finish has been utterly overhauled, with modified S1000RR forks. These are connected utilizing Powerbrick’s personal triple tree equipment, crafted from aluminum, anodised in black, and fitted with adjustable steering stops and an insert for the Motogadget motoscope mini digital instrument.

The K1100 RS engine pumps out round 100 hp in inventory type, however Tim has boosted this with DNA air filters, new ignition components from NGK, and top-spec Bosch EV14 injectors.

He’s additionally grafted on a free-flowing chrome steel exhaust system: a 4-into-1 format terminated with a stubby muffler. And temperatures are saved in test by an aluminum radiator from RC Racing, plumbed in with Samco silicone hoses.

Tim has saved the closely scalloped customary tank however ditched the remainder of the bodywork—which should have saved various kilos of weight. A brand new subframe retains the strains tight and gives a connecting level for the revised monoshock association.

Under the hood, there’s a brand new electrical system wired as much as a management field which permits engine tuning through Bluetooth. There’s additionally a NOCO lithium battery with a discreet Ctek charging level alongside.

If all this butters your toast, you’ll be glad to know that the K1100 is on the market. Tim will even embrace a Ctek charger, and swap out the Pirelli Diablo Rain race tires for street authorized rubber.