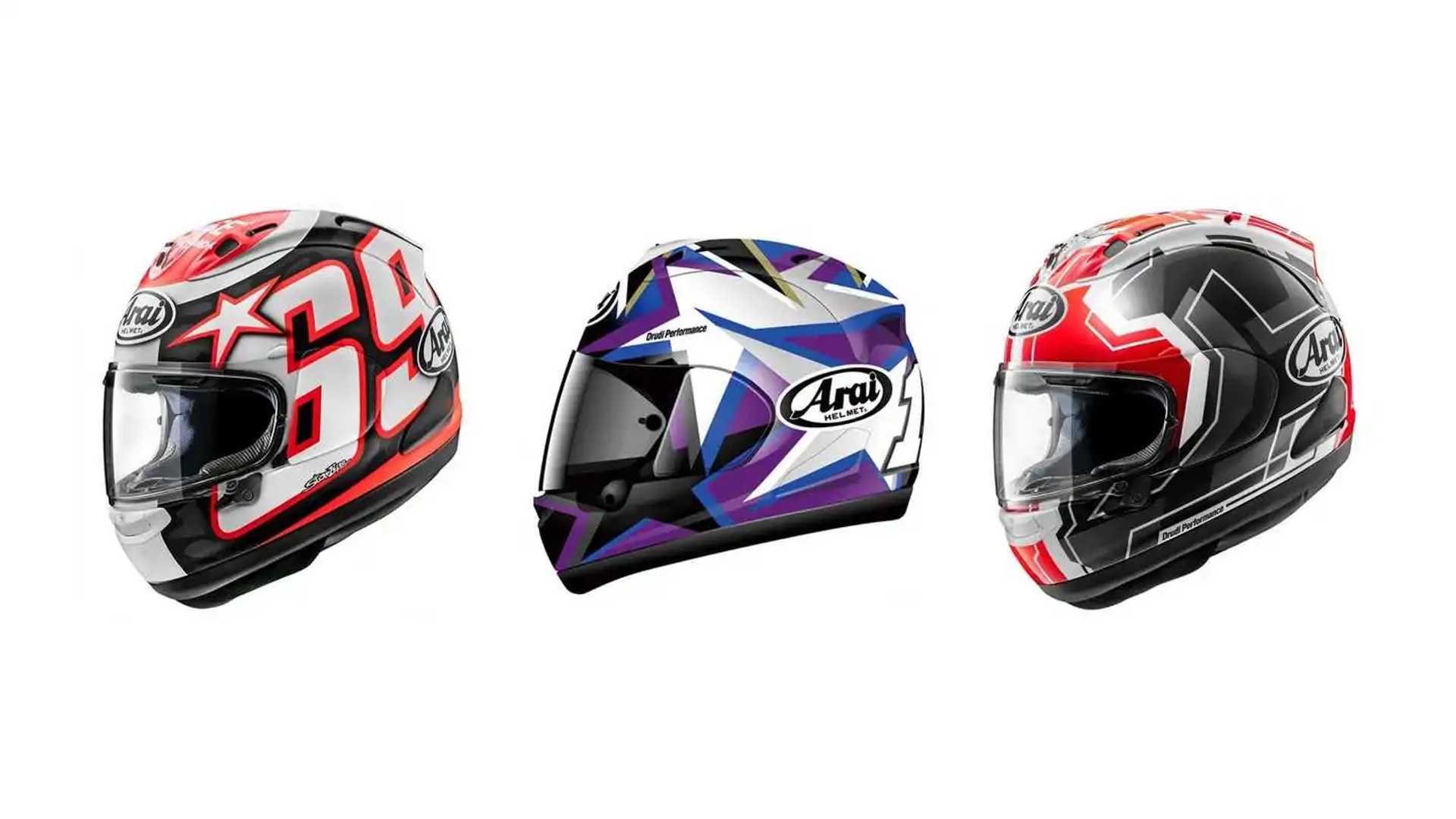 A step down from the RX-7X race lid, Arai’s Astro GX will earn a brand new Spine graphic in white/black/gold, inexperienced/black, and crimson/black colorways. In the ‘80s-inspired Rock design, however, the Astro GX (Quantic) dons fluorescent color schemes as an homage to the era’s racing heritage. The white/blue/crimson coloration mixture takes the extra conservative route, whereas the inexperienced/yellow/crimson/pink/blue design is sure to show heads.

The UMA graphic pokes enjoyable at power drink-sponsored race liveries with a cartoonish but gnarly design, whereas the Lowers graphic celebrates the city jungle with an illustrated skyline in black and white coloration choices. Designed by Nobuki Kato, the React graphic takes the less-is-more strategy with gloss-finished blue and black colorways.

Lastly, Arai delivers the ever-popular Takaaki Nakagami race duplicate as a brand new choice for the scooter-appropriate VZ-Ram. Just just like the RX-7X rendition of the Nakagami GP design, the VZ-Ram will put the rider’s signature stained glass and cherry blossom artwork on full show. Arai hasn’t introduced whether or not the brand new colorways will attain Europe or North America within the coming months, however we’re actually crossing our fingers.